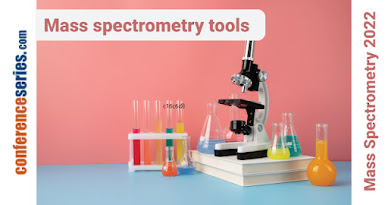 The 10th International Conference on Mass Spectrometry and Chromatography, which is being held in Stockholm, Sweden from August 31 to September 1, 2022, is open to attendees from all around the world. All worldwide participants, distinguished scholars, students, business owners, and delegates are warmly welcomed. This summit will feature keynote addresses, speaker talks, poster presentations from the Young Researchers Symposia, and B2B meetings with well-known mass spectrometry experts.

Mass Spectrometry 2022 is a unique opportunity to discuss best practices in the lab and those in other industries. There will be a number of technical sessions and seminars that will draw professionals to the conference. There, we will have the chance to learn about the perspectives of various experts working on mass spectrometry and related topics, which will help us improve our own concepts and procedures. Mass spectrometry plays a major role in the fields of chemistry, physics, biology, clinical biomedicine, and even space technology. The 2022 Mass Spectrometry Summit is intended to cover a variety of application-related topics, including metabolomics, clinical applications, and pharmaceutical analysis.

In a mass spectrometer, ions are created from the sample being studied, separated based on their mass-to-charge ratios (m/z), and the relative abundance of each ion type is then recorded. There are three primary components to the instrument. Analyzer, Detector System, and Ion Source A mass spectrometer should always be used for these tasks. Create ions from the sample in the ionization source. Sort these ions in the mass analyzer based on their mass-to-charge ratio. Afterward, fragment the chosen ions, and then analyze the fragments in a different analyzer. Identify the ions that emerge from the final analyzer and calculate their abundance using the detector that transforms ions into electrical impulses. Utilize feedback to process the detector signals that are delivered to the computer.

Following is a discussion of the four key components of mass spectrometry:

Ions put between a pair of charged parallel plates in an accelerator are drawn to one plate and repelled by the other plate. By altering the charge on the plates, the acceleration speed may be managed.

Ions are deflected by a magnetic field depending on their mass and charge. The least deflected ions are those that are hefty or have two or more positive charges. The most ion deflection occurs when an ion is light or has a single positive charge.

The right-charged and right-mass ions travel to the detector. The ion that strikes the detector is used to examine the mass to charge ratio.

In 2020, the market for mass spectrometry was estimated to be worth $5,885.28 million, and by 2030, it is expected to grow to $12,697.21 million, with a CAGR of 8.0 percent. Mass spectrometry is an analytical method for locating and identifying amounts of a compound in a sample as well as traces of substances at extremely low concentrations. In a single analysis, it enables scientists and researchers to thoroughly catalogue complex samples. The sample is initially ionized in this procedure by the loss of an electron. The ions are then split and classified according to their charge and mass, which are determined by means of a computer.

Due to less background interference and better selectivity from recognizable fragmentation patterns to identify unknown chemicals, mass spectrometry offers more sensitivity than other analytical methods. Additionally, it can reveal the presence of a suspected compound, provide information on the substance's molecular weight in the mixture, and provide information on the isotopic abundance of elements and chemical data calculated for a brief period of time.

Or you can visit our webpage:  https://massspectrometrycongress.insightconferences.com/registration.php

Popular posts from this blog

High-performance liquid chromatography (HPLC) is one of the mainstay techniques in an analytical chemistry lab. However, a key challenge in highly regulated laboratories is when scientists must switch from one HPLC system to another, or exchange methods between different labs and sites. The process of transferring a method to the receiving HPLC system involves checking and adjusting multiple parameters such as instrument settings and configurations. If this is not carried out carefully, the receiving instrument and method might produce results inconsistent with the original system in terms of retention times and peak shapes for the analytes of interest, ultimately rendering analysis unreliable. Conversely, making method adjustments can lead to lack of compliance with regulator validated analytical protocols. In this article, we review the main challenges with method transfer and highlight how advanced HPLC technologies can help smooth this transition.   The growing need for method tran
Read more

Waters’ Xevo™ TQ Absolute high-performance mass spectrometer is up to 15X more sensitive for quantifying negatively ionising compounds than its predecessor and is 45% smaller and uses up to 50% less electricity and gas supply than other high-performance tandem quadrupole mass spectrometers available on the market. The Xevo TQ Absolute is designed to help pharmaceutical, food and beverage, and environmental analytical laboratories meet regulations requiring trace-level quantitative mass spectrometry analyses for a broad set of applications. For optimal performance, Waters pairs the Xevo TQ Absolute mass spectrometer with Waters’ ACQUITY™ Premier UPLC System with MaxPeak™ HPS technology which eliminates non-specific adsorption of compounds containing phosphate and/or carboxylate groups and improves their recovery. Together, this integrated LC-MS/MS system is designed to drive the limits of quantitation to exceptionally low levels for many applications including: quantifying regulated i
Read more